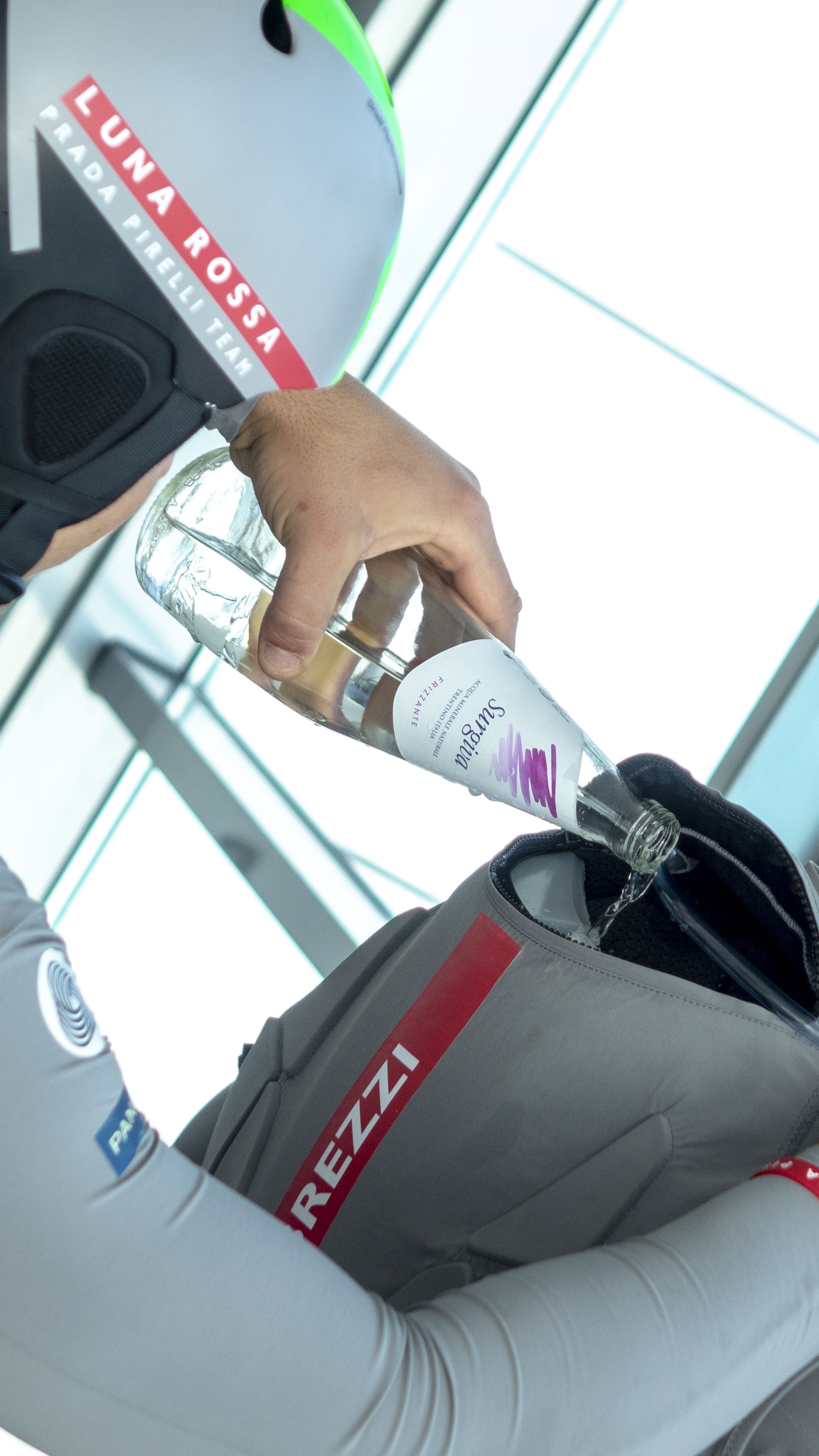 09 Feb Surgiva and the Luna Rossa Prada Pirelli team: our partnership towards the 36th America’s Cup presented by PRADA continues in Auckland

Posted at 15:14h in Uncategorized by Micaela Motta
0 Likes

Surgiva is right alongside the Luna Rossa Prada Pirelli team in the thrilling build-up to the 36th America’s Cup, presented by PRADA. The Lunelli Group’s mineral water, which has – together with Ferrari – been a partner of the Italian crew ever since the beginning of this adventure, is present in all the hospitality areas of the team, which recently won all four races against American Magic in the PRADA Cup and is now preparing to challenge INEOS Team UK in the final, again in the waters off Auckland in New Zealand. The winner will then take part in the America’s Cup itself, scheduled to start on 6th March.

Surgiva has been selected by the Italian team not only because of its extraordinary purity and lightness, but also because of its decision to only use glass bottles. This allows all of its organoleptic characteristics to remain intact and, especially, contributes to preserving the seas – which are experiencing a real emergency because of plastic – from further pollution.

The Italian team in fact underlined its identification with Surgiva’s values when, as guests of the Lunelli family, it visited Trentino last year and went to Madonna di Campiglio in the heart of the Adamello Brenta Nature Park, in the midst of the same mountains from which Surgiva water flows.