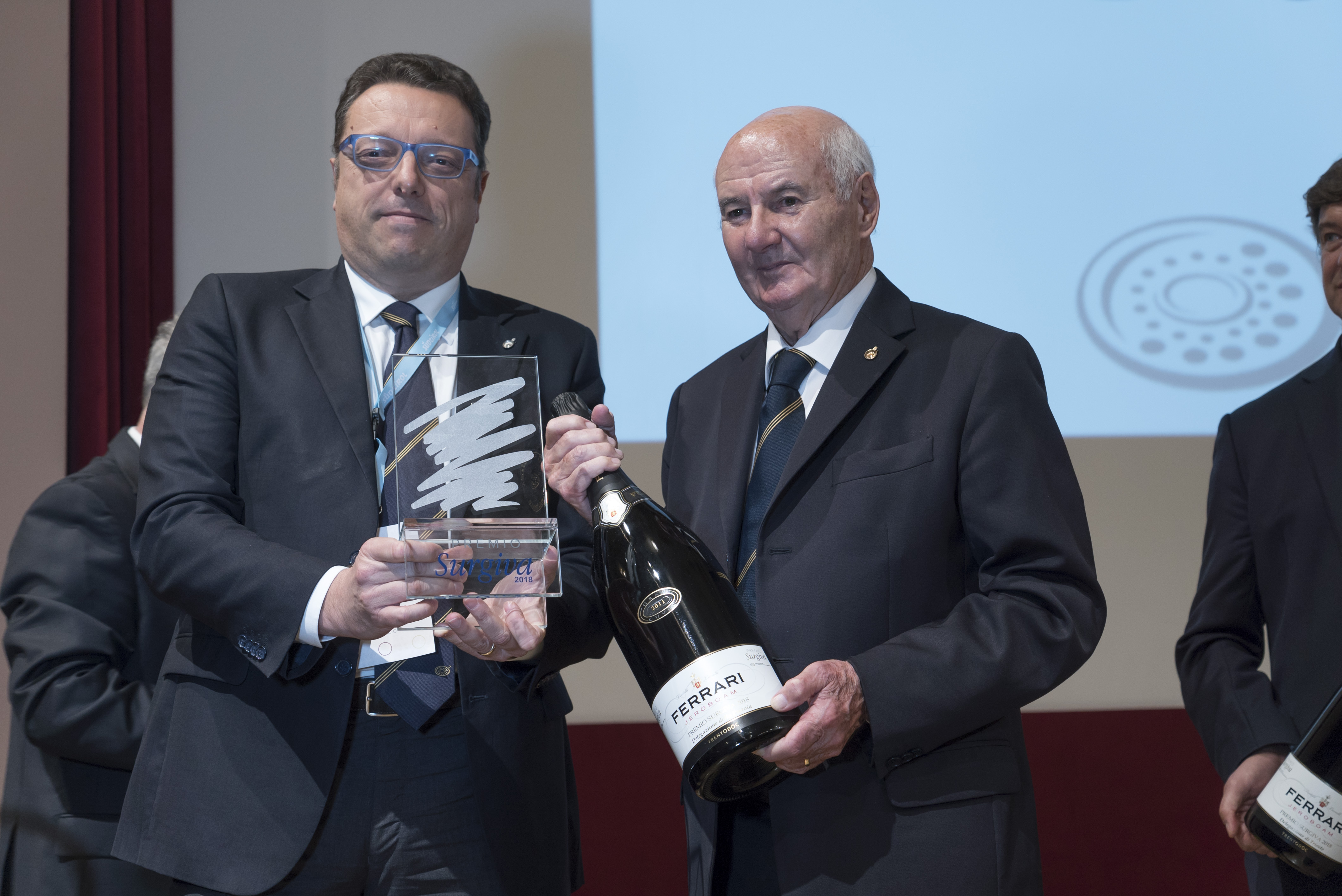 Posted at 17:44h in Uncategorized by Micaela Motta
0 Likes

Once more, Surgiva cooperates with the Italian Sommelier Association – of which it is the official water – and celebrates the “Surgiva Award” during the Italian AIS Conference held in Merano from 1st to 4th November.

The “Premio Surgiva” is a recognition for the never-ending sommerliers’ role of top-quality drinking ambassadors. We confer it to the territorial delegation that has distinguished itself more over the year for original or important socially-efficient activities to propagate the culture of water and wine.

This award is a further recognition for the never-ending sommerliers’ role of top-quality drinking ambassadors. We confer it to the territorial delegation that has distinguished itself more over the year for original or particularly efficient activities to propagate the culture of water and wine.

On 3rd November Mr. Franco Lunelli, the co-owner of our company who has been sommelier for over forty years, conferred Surgiva Award to the AIS delegation of Pistoia for their estimable and culturally enhancing projects organized throughout 2018. Their most distinctive project was related to MERCATAC – they could collect the funds to buy anti-tumoral devices for the hospital of Pisa, nowadays considered a worldwide centre of excellence. For another project, this delegation collected money for the research in nephrology by the paediatric hospital Meyer of Florence during the event “È pronto, tutti a tavola”. A third interesting initiative of theirs was “Enotreno”, a day spent along one of the most ancient railway tracks in Italy, which risks the disposal. Enotreno fosters the neighbouring provinces of Pistoia and Bologna so much they replaced old trains with modern carriages equipped with disabled access facilities.

The other two delegations that reached the final were Murgia and Trieste. Murgia delegation stood out with “Vitigni e Vini Fratelli d’Italia”, an event that involved 130 Italian small wine productions. The proceeds were allocated to Astera Association, which provides assistance to people suffering from Alzheimer’s. Trieste delegation ranked in the first three places in the event “I Territori della Cultura” dedicated to the cross-border cultural relationship with the neighbouring Slovenian and Croatian regions, considered homogeneous areas, in order to make it through the political circumstances that have confused their prerogatives over the years.

The traditional award is a sculpture made of glass with the famous Surgiva’s scratch. It symbolizes the purity of this water gushing forth from the immaculate mountain spring of Adamello-Brenta and also our long-lasting and fruitful partnership. For years, Surgiva has been the partner in the role of official water of the Italian Sommelier Association in all of their tasting events, thanks to this water’s extraordinary lightness, purity and very low fixed residue, perfect to be combined with any kind of wine.

The winning delegation has the chance to discover Surgiva’s world closely. They are going to visit the Adamello Brenta Nature Park and, more generally, they are going to approach Lunelli Group’s history, of which Surgiva forms part, by travelling in Trentino surrounded by the beauty and the excellence.